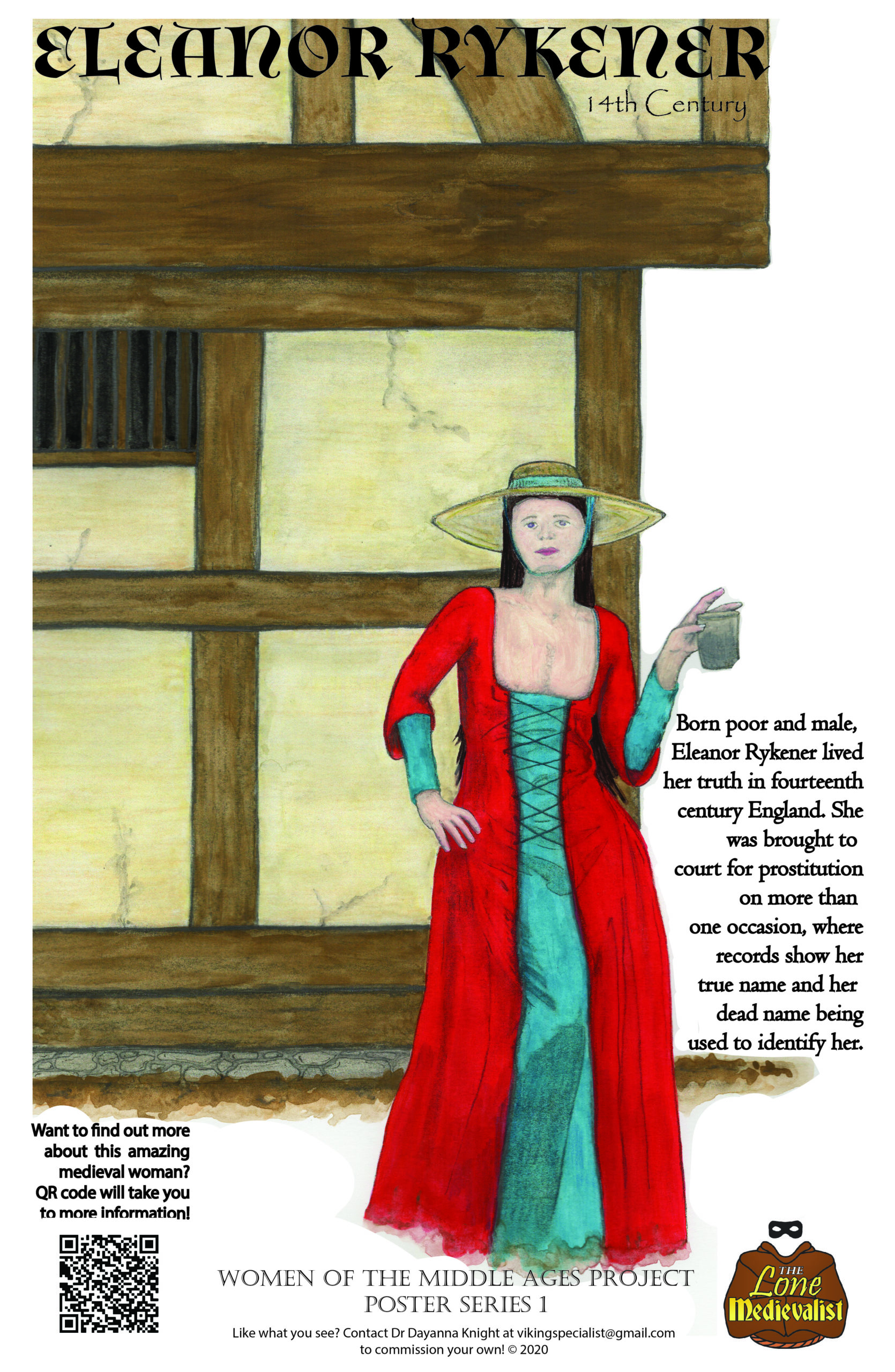 Eleanor Rykener was an embroiderer and sex worker in late fourteenth-century London, England. She is primarily known for her confession given in the Plea and Memoranda Roll A34, m.2 from the London Metropolitan Archives. While the court case related to the document supposedly hinged around Rykener’s sex work, the question of whether sodomy was committed resulted in a prolonged biographical account of the medieval transgender woman’s life. This biography not only gives important insights into the circumstances of trans populations in medieval England, it is also gives light to the workings of lower-class women, sex workers, and queer encounters in the Middle Ages.

Since Eleanor Rykener’s story began to be distributed in academic circles in 1995, various fictional and speculative depictions of her history have been ventured, including novels by Bruce Holsinger, A Burnable Book (2015) and The Invention of Fire (2016), as well as a puppet show led by Tom Linkinen. Trans scholar, print-maker, and artist, Kadin Henningsen, has created a series of prints based on Eleanor Rykener’s life. Additionally, in 2016, trans medievalist, M.W. Bychowski held a reading of Eleanor’s confession near the location where Rykener may have been arrested.

Baldassano, Alexander. 2017. “Bodies of Resistance: On (Not) Naming Gender in the Medieval West.” PhD diss., City University of New York. 34.

This site is part of Humanities Commons. Explore other sites on this network or register to build your own.
Terms of ServicePrivacy PolicyGuidelines for Participation