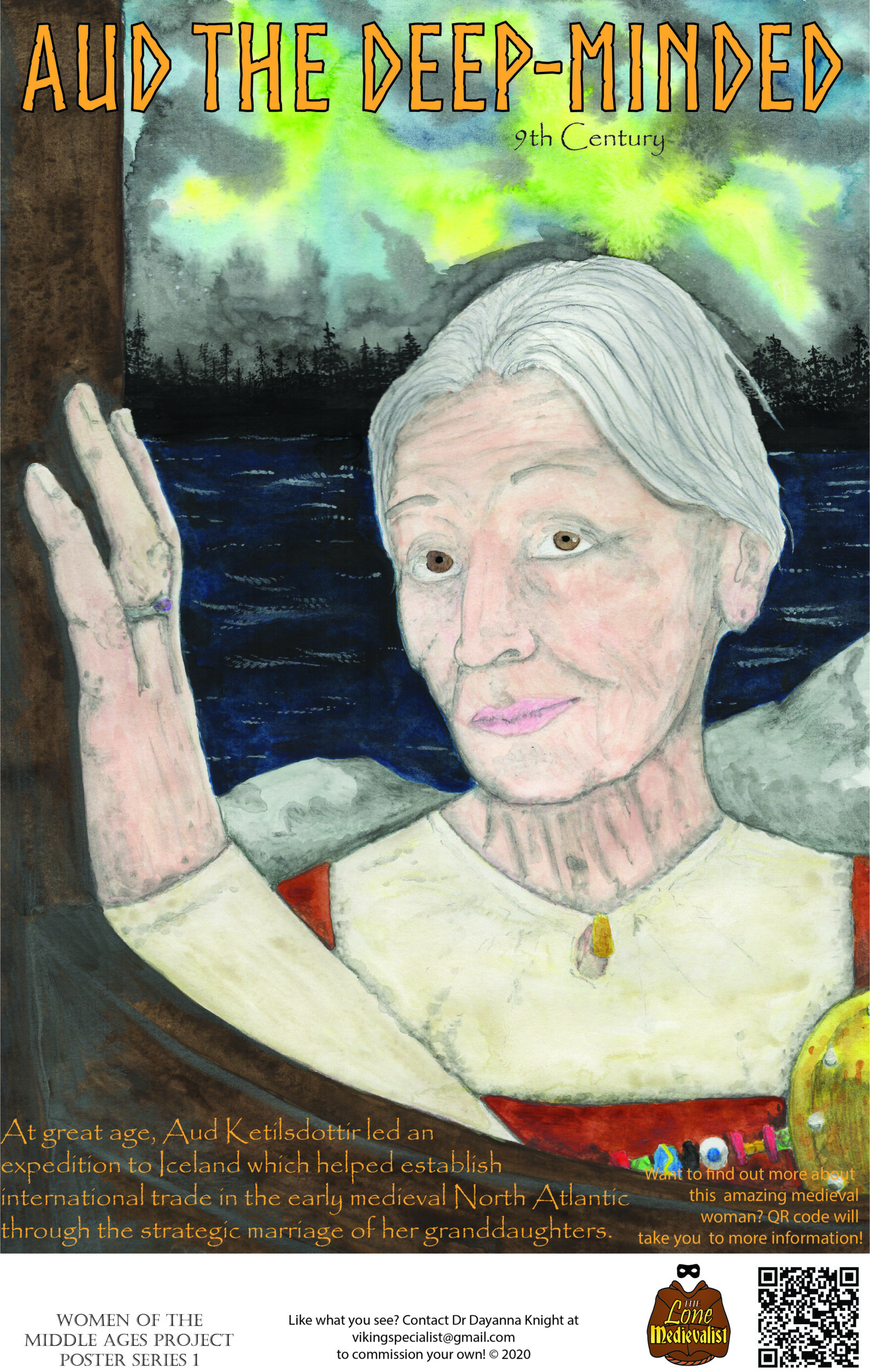 Auðr djúpúðga Ketilsdóttir is known as Aud, or Unn, the Deep-Minded to the English-speaking modern world. These are all names associated with a high status woman of the North Atlantic zone of the ninth century. Her efforts contributed to the establishment of extended family networks that constructed and maintained early medieval trade and exchange to Iceland and beyond. Written sagas detailing Aud’s life date to the thirteenth century.

Medieval, early or late, depictions of Aud are not known to have survived. Aud serves as a muse for modern musicians and artists. She is not often visually shown as an older woman, although this is the way the sagas describe her.

Barraclough, Eleanor Rosamund. “Naming the Landscape in the Landnám narratives of the Íslendingasögur and Landnámabók.” Saga-Book of the Viking Society 36 (2012): 79-101.

Various Translators. The Sagas of the Icelanders. Viking, 1997.

This site is part of Humanities Commons. Explore other sites on this network or register to build your own.
Terms of ServicePrivacy PolicyGuidelines for Participation